Bitcoin (BTC) fell into the Wall Street open on April 29 as United States markets opened to volatility, including an 11% drop in Amazon stock. 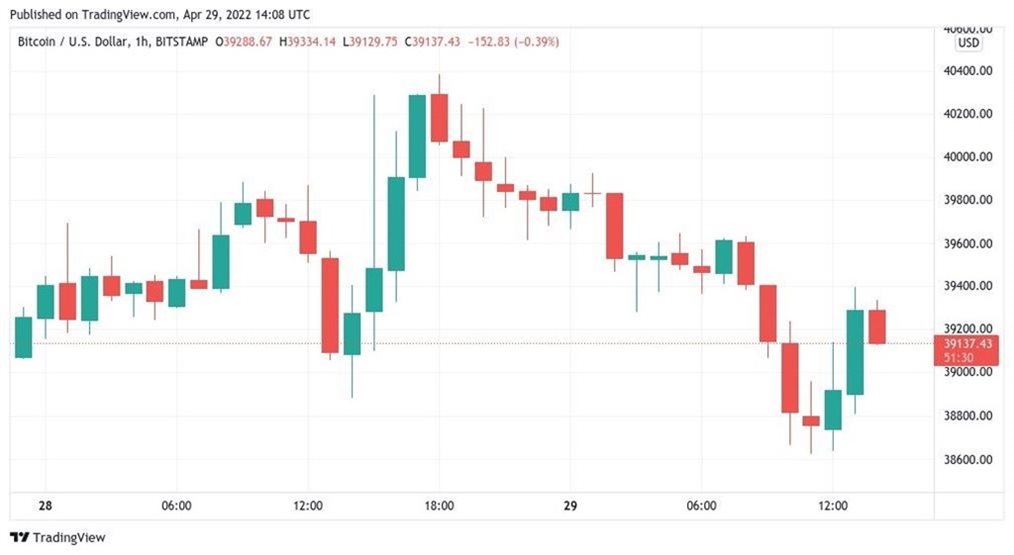 All change at the Fed

Despite a let-up in the U.S. dollar’s relentless bull run, Bitcoin showed little signs of strength as it remained firmly under $40,000.

Macro factors remained against the largest cryptocurrency along with risk assets more broadly, commentators noted, as the Federal Reserve reduced its balance sheet.

Focusing on Bitcoin, popular trader and analyst Rekt Capital argued that the relative strength index (RSI) may need to form a higher low and rebound in order to provide the market with the fuel for a breakout on short timeframes.

#BTC ultimately rejects at this resistance

Could $BTC find a base and then rebound once the RSI Higher Low has been revisited?#Crypto #Bitcoin pic.twitter.com/AKMzmmdGds

“Whales are accumulating as much Bitcoin today as they were at the $3K lows,” analyst and indicator creator Charles Edwards commented.